Offense; The Seemingly Upside-Down Ethics of the Kingdom 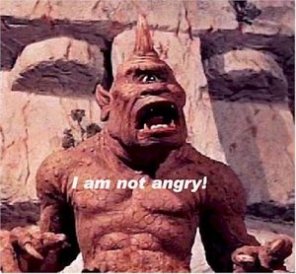 Though I never felt sufficiently hurt or offended to read that deeply on the subject of offenses, I have nonetheless, (based on no real research, exegesis of texts, or literature review) concluded the following: That people (especially Christian people) get offended WAY too easily.

Don’t get me wrong; I am not minimizing the importance of how we treat others. But that particular transgression is well understood, and we clearly single out those who offend others as the bad guys. Yet, to be offended is considered merely human, totally understandable, simply a natural response to others who act badly.

The ethics of the Kingdom of God are often contrary to our natural inclinations. It has recently occurred to me that it is far more “unchristlike” to be one who is offended than to offend others.

Jesus denounced people as hypocrites, got angry, turned over tables, and drove people out of the temple with a bull whip. He called people snakes, white-washed tombs, and sons of the devil. He even had a couple of nicknames — “Stone of Stumbling” and “Rock of Offense.” Apparently there were quite a few who got their feelings hurt. Jesus said to them, “Blessed in He who is not offended with me.”

But was there not a point at which Jesus was himself offended? Was it when they rejected his teaching and refused to believe his words? Maybe it was when people lied about him and spread terrible rumors? What about when his cousin John was murdered? How about when one within his own circle betrayed him or when the others disserted him? Surely when they beat him, ripped his flesh with a scourge, or drove a crown of thorns into his head he was personally offended. But no, he seems to take no personal offense. Even when he was being crucified, Jesus said, “Forgive them for they don’t know what they are doing.” On a personal level, Jesus was completely un-offendable.

My point is that our perceptions about the ethics of the kingdom are in this case (as in many cases) turned upon their heads. Our common expectation is that as we grow closer to Christ, more mature in the faith, more filled and control by God’s Spirit, we are less and less likely to offend others. And though we would not care to admit this part, as we grow more and more in knowledge and experience, the list of issues over which we can be offended grows as well.

However, the truth of spiritual grow as exemplified by the person of Christ seems to be the opposite. As we become more and more like Christ, we will be more likely to offend while at the same time becoming all but unoffendable. We would certainly not offend others from self-centeredness, but would certainly offend more from pure love. I’ve just finished reading again C.S. Lewis’ little book, The Great Divorce. In this tale, people repeatedly turn back from the entrance to heaven because they were for various reason offended by those who spoke to them from pure love.

Not long ago I told a friend who has a long track record of kindnesses to Linda and me that I intended never to forget it. I continued on saying that were he to do me wrong every day for a very long time, I would still be on the debtor’s side of our relationship. As soon as the words came out of my mouth, I was reminded of Peter claiming how ready he was to die for Jesus but who denyed him thrice before the cock crowed. Without the grace of God who can tell what they would do before the sun went down.

I don’t want to give the impression that I sit on some high horse. There have been times (far too many times) that I have been offend by the most trivial and insignificant inconvenience and have as a result acted like an ungrateful idiot; like a person without the slightest awareness of his own need for grace or forgiveness. Someone should have asked me at that point how much blood I had shed, how many lashes I had endure, or the years I has spent in prison to have caused me to be so offended. My petty response would have been, “He cut into my lane, they didn’t invite me to their party, I don’t like the way he runs things, or he took my money (err… I mean God’s money).” We (myself included) get offended way too easily.

My humble proposal is simply this: One of the first steps toward victory and maturity in Christ is ridding ourselves of the thinking that gives place to that same defeat and immaturity. If we consider the right to be offended as common, natural, and innocent, then we are very likely to grant it entrance when it comes knocking upon our door. And if we have an open-door policy toward offenses, we are more likely to entertain one as our guest. Pretty soon we begin to harbor the offence, then adopt it, then defend it, and finally become its champion. But if I consider that to be like Christ is to be unoffendable, then I am at least pointed in the right direction, in the position to receive God’s grace.